I camped last night at Marble Valley. There is an old boarded up ranger station here and a nice creek, where I got water for the day. I got on the trail at 5:30 and walked through the talus slope under Marble Mountain. Some rocks were the size of a house! I understand that the rocks in these mountains contain calcium carbonate. Many of the rocks are weathered, since the rocks slowly dissolve in acidic water. There are many caves here. The largest of the caves is Bigfoot Cave, which is 12 miles long and over 1000' deep. I didn't have time to explore, but there was a small cave beside the trail. 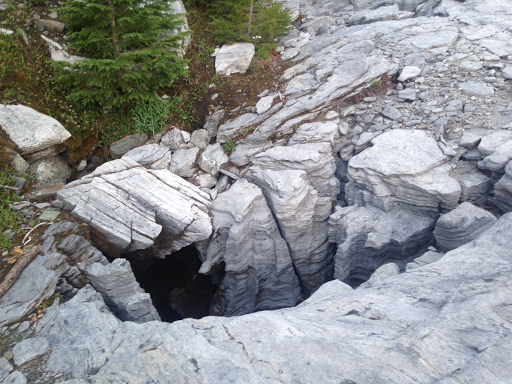 I decided that I would hike as far as possible today, because Seiad Valley has a small grocery store and a cafe. In addition, it would be nice to hike out of Seiad Valley when it is cooler since the area is known for its very hot weather. The only problem is that Seiad Valley is over 30 miles away!

The trail followed the ridges and then began a drop to Seiad Valley, a descent of over 4,000 feet. The trail passed through some areas with wild rhododendrons and some areas with fire weed. 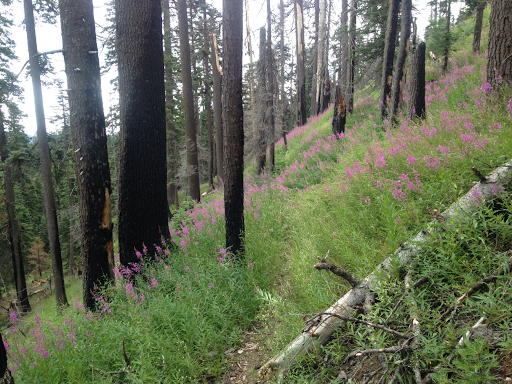 The last 6 1/2 miles into Seiad Valley involve a road walk. I decided that if I could get to the road before 3, that I would keep walking. I arrived at the road at 2:30.

Halfway through the road walk I spotted the bridge over the Klamath River. 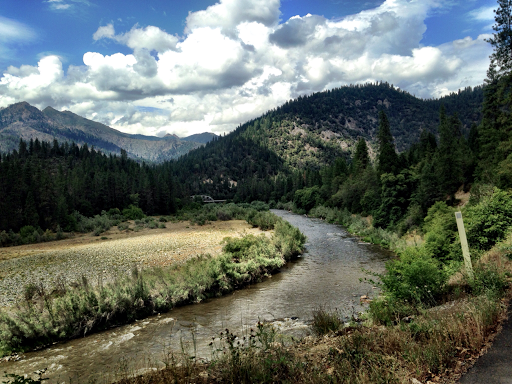 I arrived at the Mid River RV Park at 4:30. The area for PCT hikers was packed, but I found a good spot for my tent. I got a shower and picked up my resupply at the grocery store.

Cut-finger and Caboose stopped in for supplies. They are heading back to the trail tonight because they have to get to Ashland by midday Wednesday. 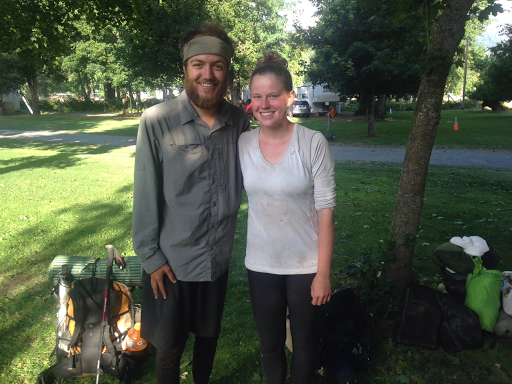 Since there were so many hikers, the cafe agreed to open just for us. The hamburger and chocolate shake hit the spot! Some of the hikers here who I have met before include Thermometer (the fellow from Korea), Hog (who I met in Etna), Flying Fish and Windscreen.