Rest is wonderful!  I woke up laying in a king-sized bed at the Etna Motel thinking about what I needed to do today.

First, I wanted to fix my Dirty Girl gaiter which had the front clip come off. I struggled with threading the needle with the dental floss; my eyesight isn't what it used to be. The sewing went well and it's fixed.

Second, I got to take a shower! What a luxury! I still found an ant crawling on me. It likely was hiding in my pack; I hope it wasn't hiding between my toes!

Third, I went to breakfast at Bob's Ranch House. Several other hikers were there including Windscreen and River. They told me that there's room at the Hiker Hut, but I should hurry and check in before others arrived. I had a fantastic breakfast and then headed to the Hiker Hut where I got a bunk for $25. 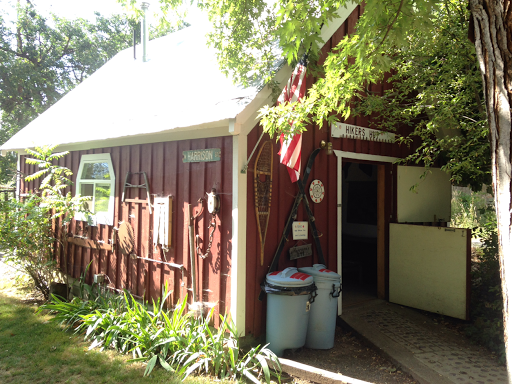 I spent several hours with River showing her how to set up a blog and manage it with BlogTouch Pro. She was very appreciative.

During the day at least half a dozen other hikers arrived. The bunks are filled and many are camped outside on the lawn. 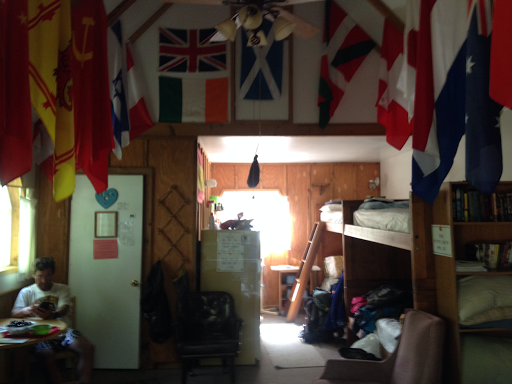 Lucky, a hiker I met in Big Bear, arrived. Caboose and Cut-finger stopped by, but are heading back to the trail tonight. I found out that Willie was here on July 8, so he will be about 3 days ahead. I'm not sure how to feel about that since he never let me know that he was getting back onto the trail.

Several of us had dinner at the Etna Brewery & Pub. The Imperial IPA was delicious.

I plan on getting back on the trail at 6 tomorrow morning. It is 56 miles to Seiad Valley, my next resupply. It is 92 miles to the Oregon border!
Posted by Bob at 6:19 PM