How do you prepare for a long distance hike?

For me, I wasn't even thinking of hiking in late 2007, when I realized that I was having a hard time bending over to tie my shoes, let alone being able to walk anywhere.

I decided then and there that I would get moving. 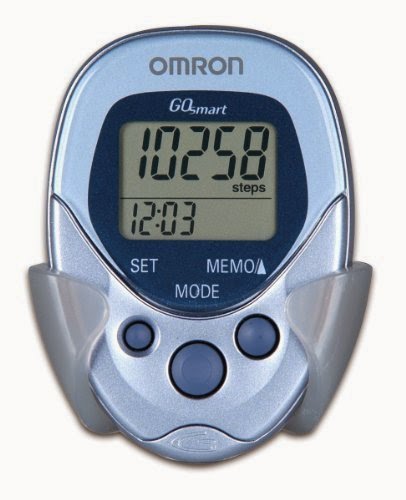 My motivation was a little gadget that I carried in my pocket that counted every last step. It was a little pocket pedometer made by Omron. My plan was to try to walk at least 10,000 steps every day, and to track those steps to see how I was doing.

At first, I thought that I must be pretty active, but what an eye-opener those first few days! I wasn't active at all. In fact, I wasn't even making my goal.

So I started walking every day in 2008, entering those steps in a little excel program, and charted my results. By the end of the year, I was averaging 15,166 steps every day, and traveled almost 2900 miles: 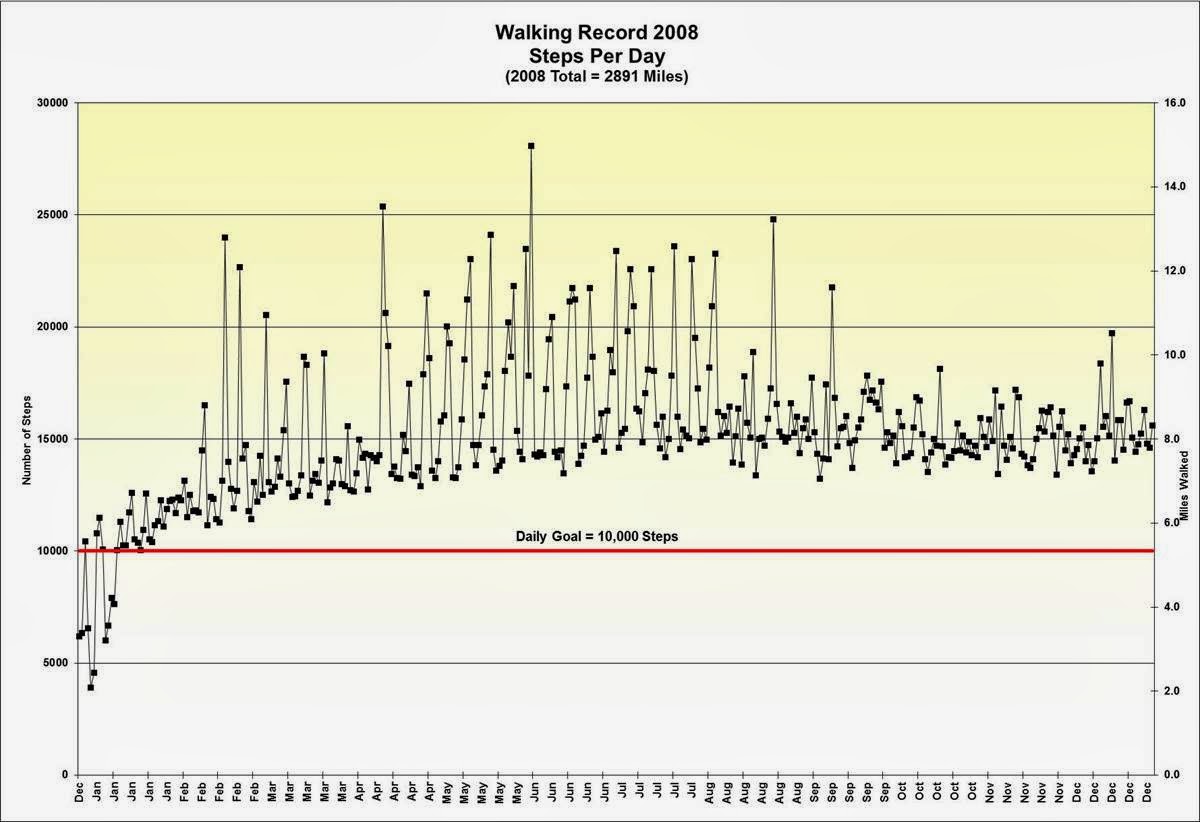 I calculated that I walked enough miles to have walked almost entirely across the United States! 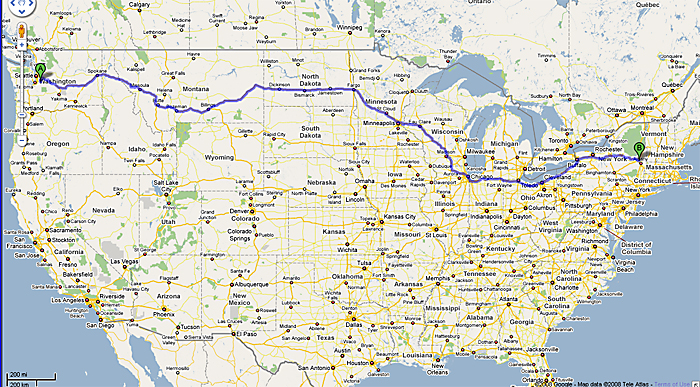 In 2009, I upped my average to 15,462 per day, covering over 2900 miles. This was the year that I also discovered a network of bicycle trails, located between Lake Sawyer and the city of Black Diamond, Washington. So every week end, I set off on foot to explore the trails, sometimes getting lost but always finding a way back. 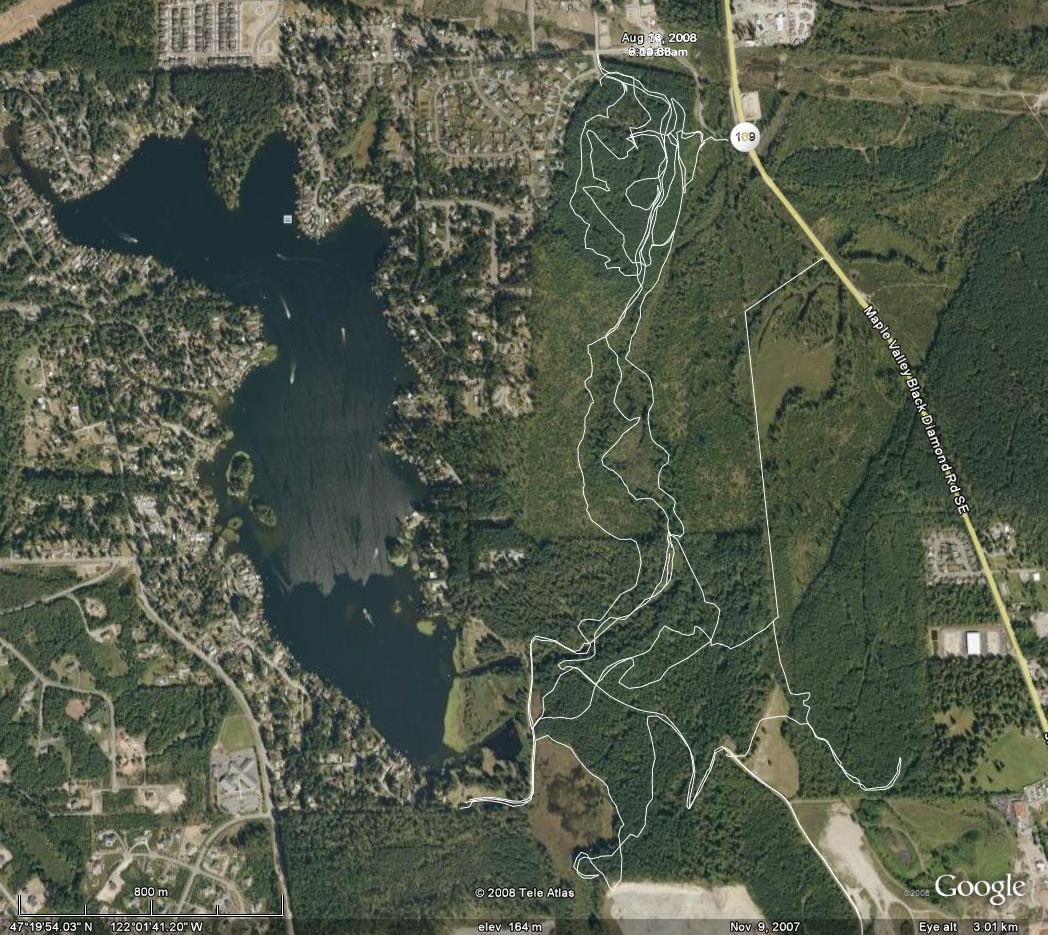 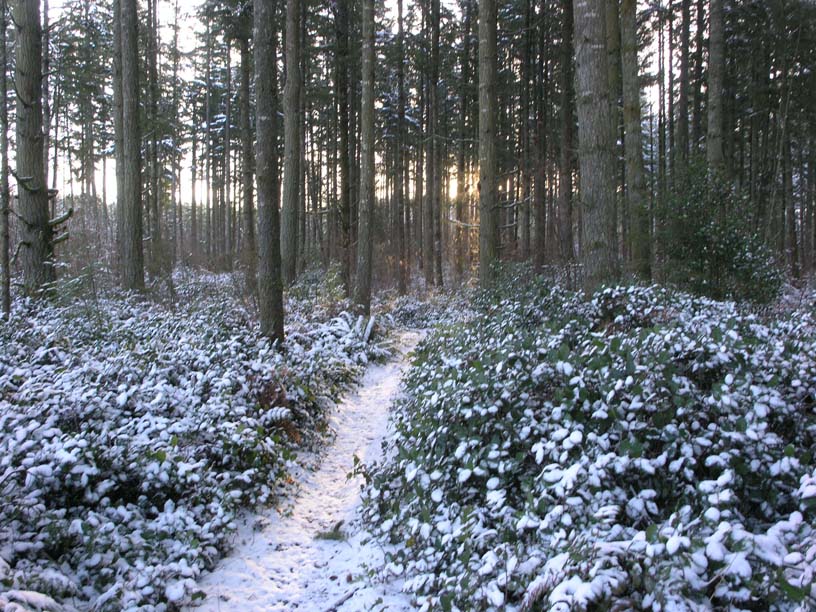 The trails brought me close to nature. I saw beaver, ducks, geese and coyote. In the snow, I saw what I thought were the tracks of a large cougar, but never saw one.
Then, I started seeing these two ladies, who were out on the trails walking their dogs. I would wave and say "hello", and wondered who in their right mind would be out before it was even light? Well, I guess I was just as crazy too, because I would often hit the trails just before sunrise. 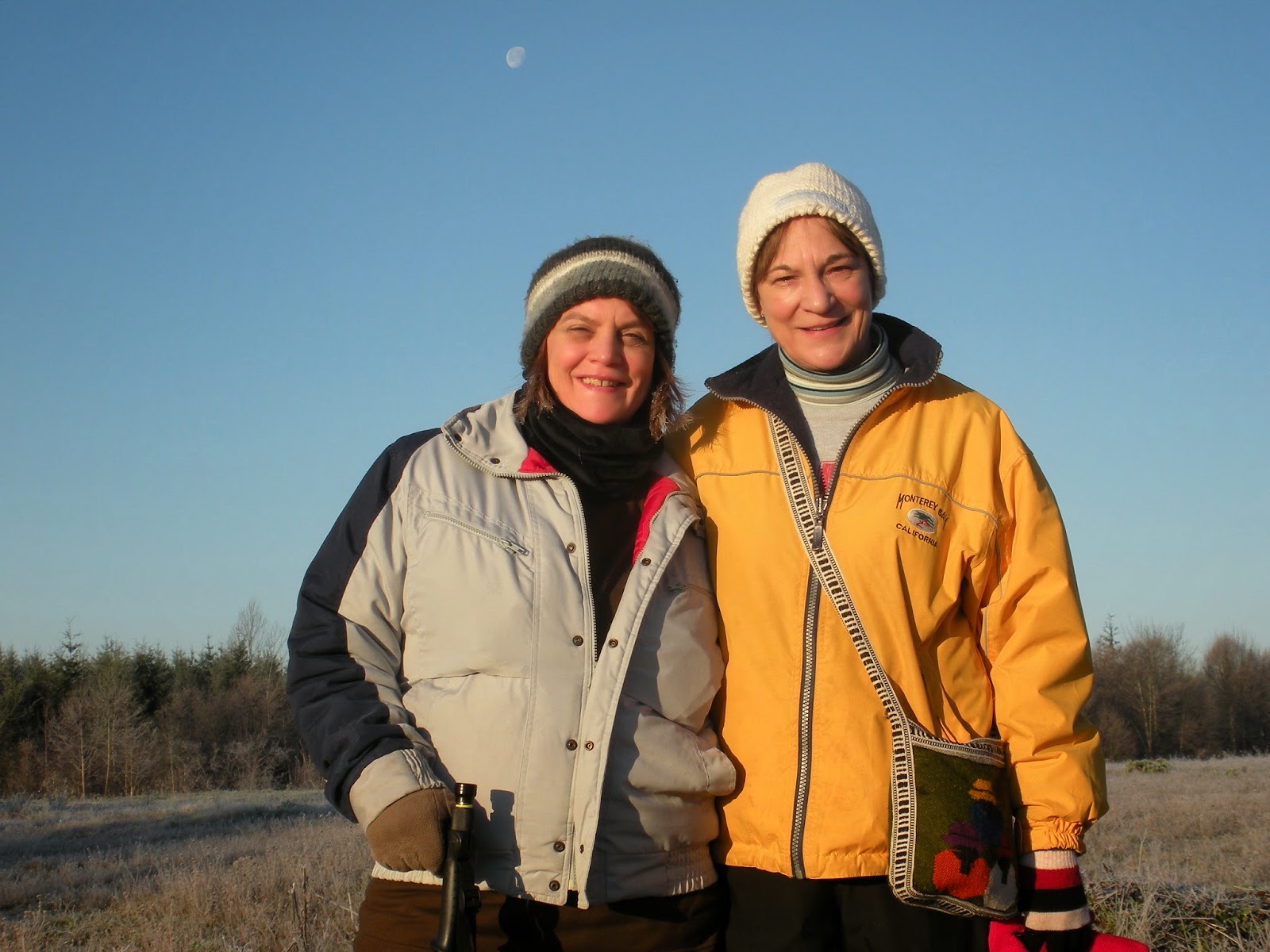 Over time, I would meet them on the trail and walk with them, showing them many of the trails that I had discovered. Eventually, we began meeting and walking together, forming a friendship that has lasted.
We call ourselves the "walking buddies", and spend a couple hours every Saturday and Sunday walking different trails.

Here are the statistics for 2009. You will notice a gap in the fall. My computer crashed and I didn't have a backup of the file. I just used the average from January to estimate the number of steps walked for those days. 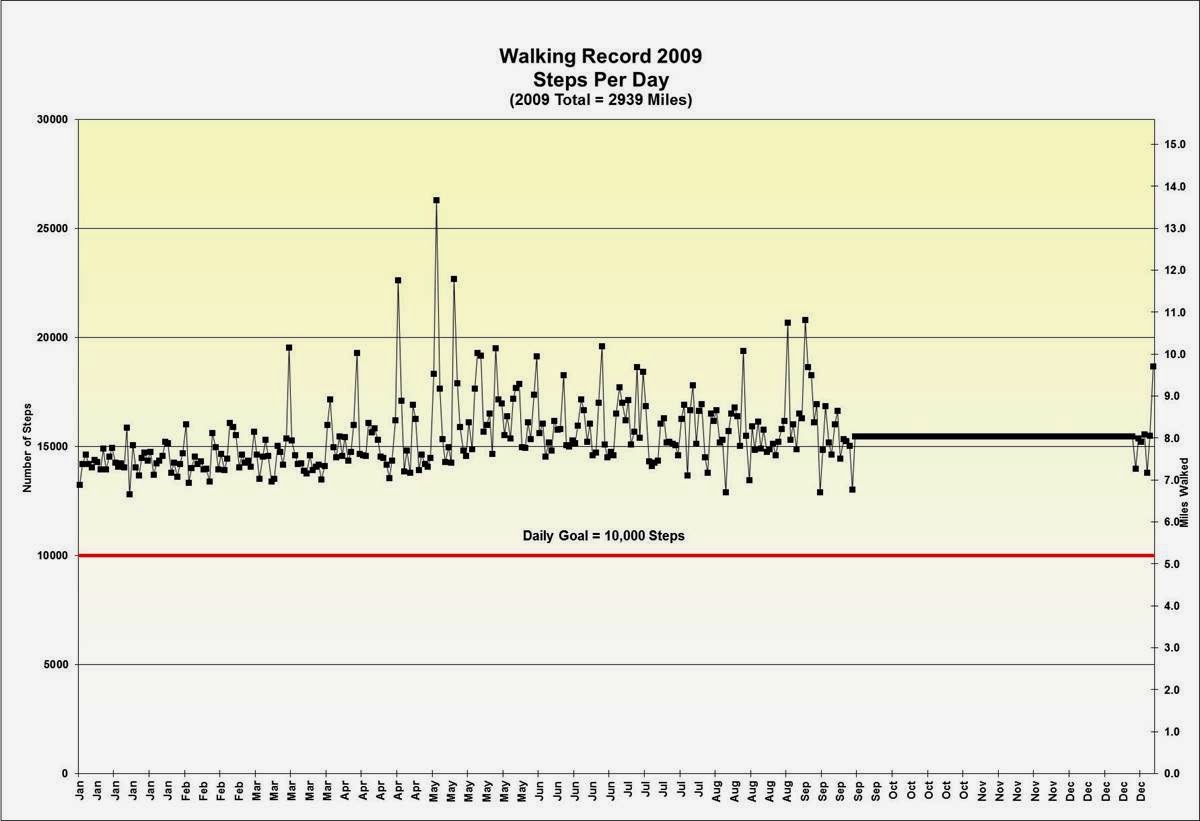 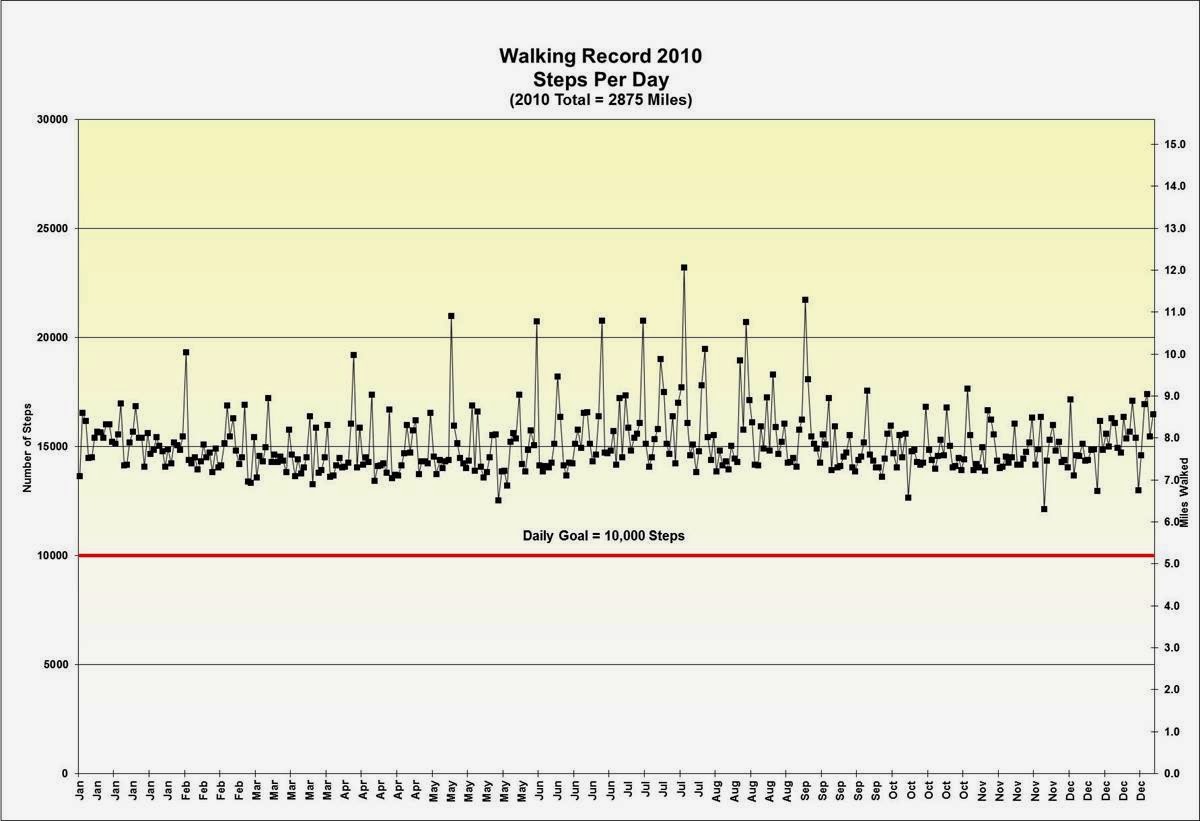 This is one of the reasons why I love this walk so much. Mount Rainier catches the first light from a morning sunrise. 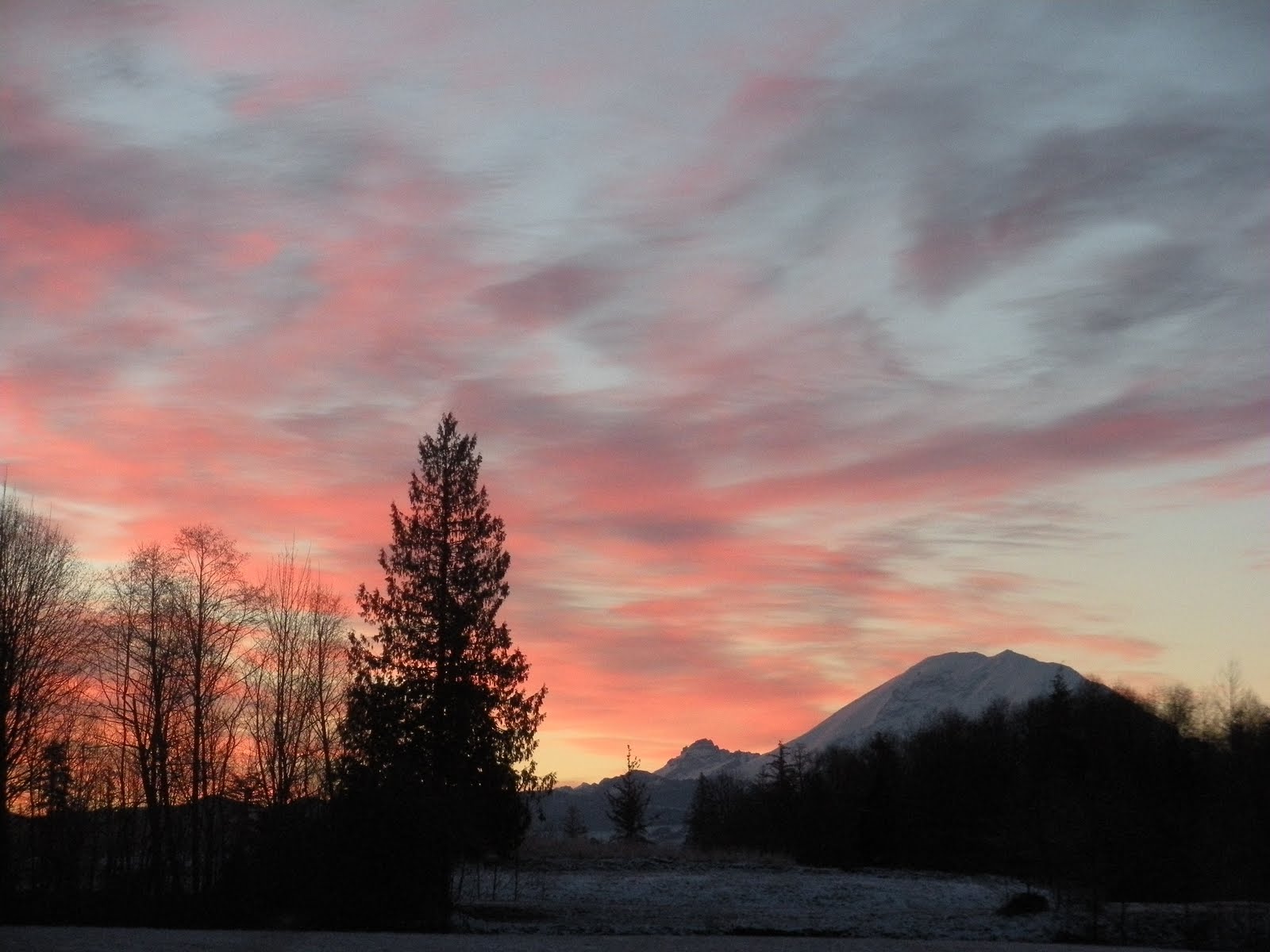 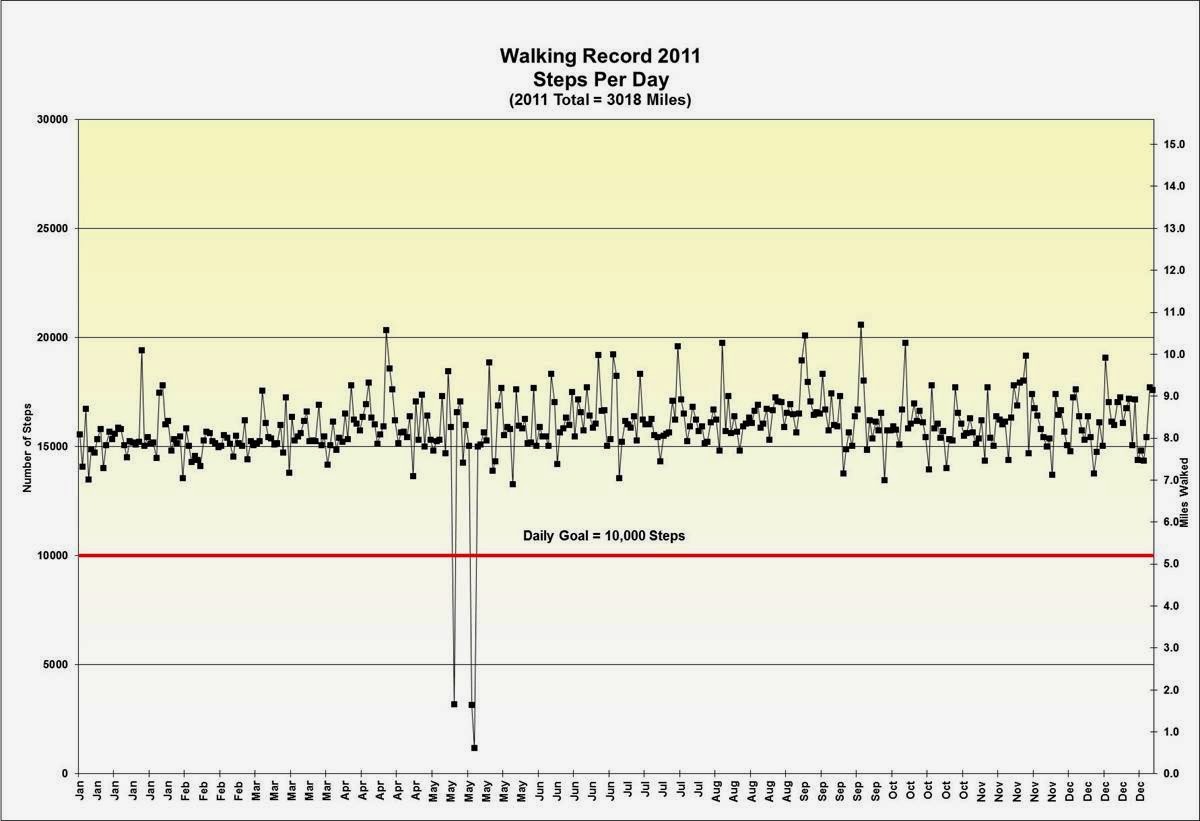 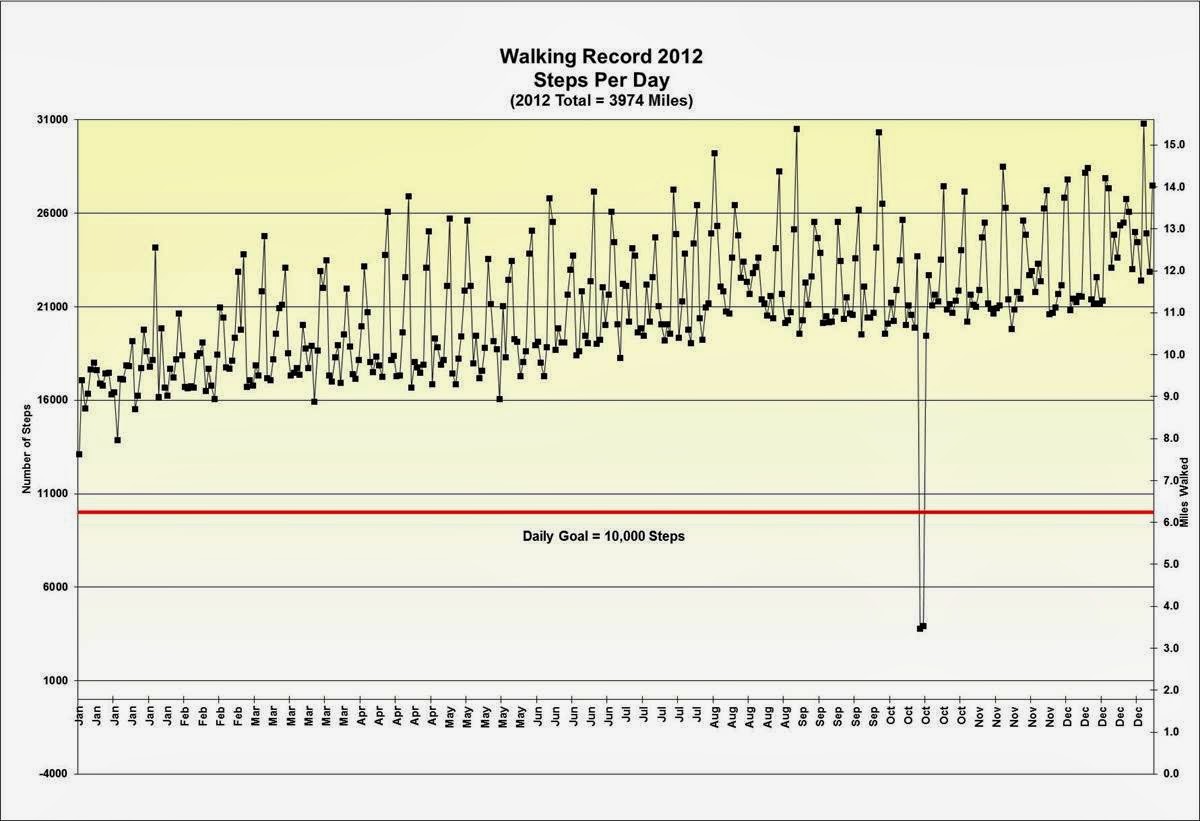 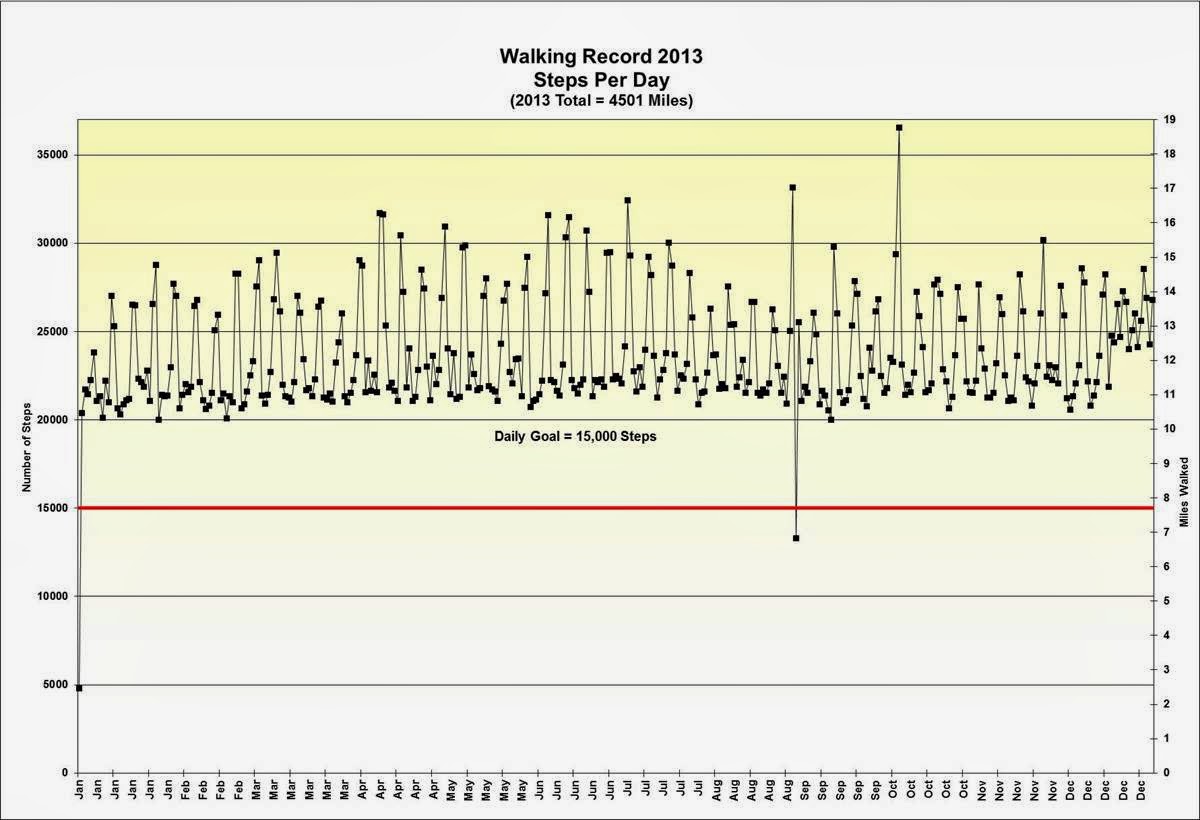 This year, my average steps per day is 24,332, which is 12.7 miles per day. I have started carrying my backpack, fully loaded with gear while on my weekend walks.