I wanted to get to Etna today, my next resupply town. It was almost 24 miles to the road where I could hitch a ride. Was I up to it?

I packed up my tent just before it started to rain. I was on the trail at 5:15. I should have been using my headlamp, but I could just make out the trail as it was getting light. I had my raincoat on and the rain came and went all morning. Like yesterday, I got wet as the rain soaked my pants and hat. To make matters worse, the plants along the trail held an enormous supply of water in their leaves. As I brushed by them I got a good soaking!

The trail was like a yo-yo all day. Up to a saddle and then down to a creek. Then up again and down again. It was like the trail designers were testing our ability to switch from up to down. I must confess that I was getting worn down by all the changes in elevation!

By noon the rain began to let up. However, there were low clouds all afternoon, blocking my view of the mountains. As I climbed higher, I often noticed the pretty wildflowers. 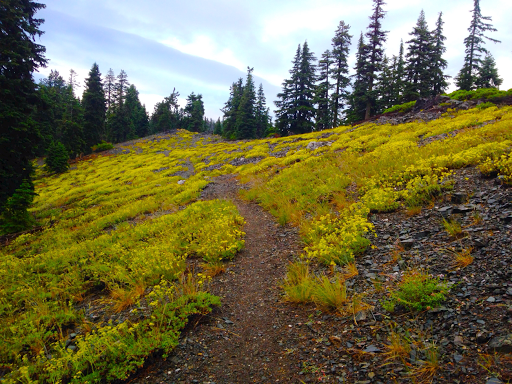 I entered the Russian Wilderness just after noon. The first thing I noticed were the burnt trees. Last year there was a wildfire that burnt thousands of acres. It is so disturbing to see all the damage created in such a short period of time.

I noticed that the trail was crisis-crossed with what appeared to be water runoff. I suspected that it was from the fire fighting efforts. However, I later learned that it was likely from severe thunderstorms, dropping several inches of rain in a matter of several hours! 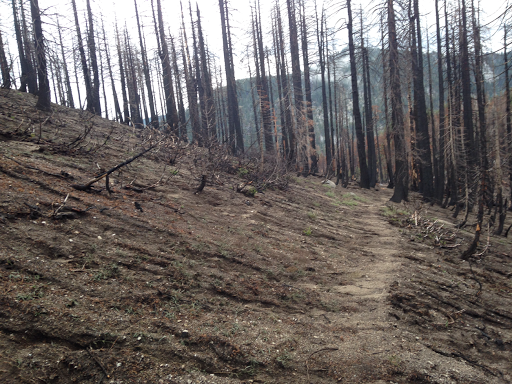 I also noticed a special plant, a sedum that is common to this area. It is called the Sierra Stone Crop, and is able to survive on the rocky soil. 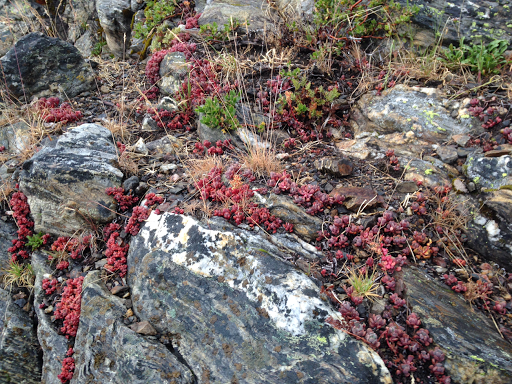 I reached Etna Summit at 1:30. The road is called the Sawyers Bar Road. There is little traffic on the road, but I finally hitched a ride from a guy named Scott. He told me a lot about the fire fighting efforts in the Russian Wilderness. He dropped me off at the Etna Motel, where I rented a room for the night. 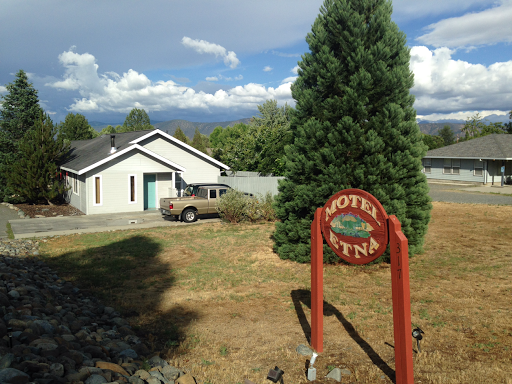 Tomorrow I will probably camp out at the hiker hut. All of the motels in town are booked for the weekend. I need to take a day of rest and enjoy the town atmosphere! I had a great dinner at the Etna Brewery & Pub!