I have mixed emotions about sleeping in the Hiker Hut in Etna. It was nice to have a soft bed, bathroom and a roof over my head. And the hiker talk was often interesting. However, I usually go to bed early when I am going back on the trail. My bunk was opposite the sink. So every time someone washed their hands, got water, shaved or brushed their teeth, it was noisy. In addition, the TV was on and there was a lot of talking. It didn't get quiet until almost 10.

I also made the mistake of drinking two beers and a root beer float with dinner. I ended up going to the bathroom three times during the night. The result was a night with a lot of interrupted sleep!

River and I got a ride back to the trail at 6. It was cloudy and foggy. It was also cold enough that I put on my raincoat. Within a mile I entered the Marble Mountain Wilderness. 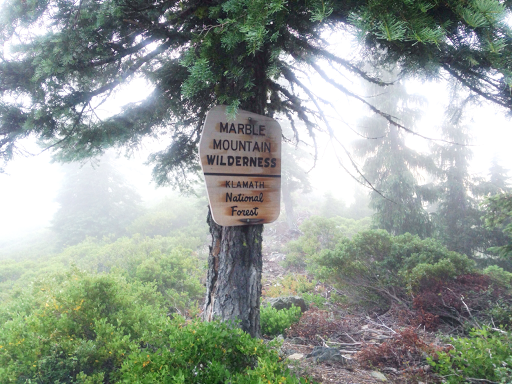 With all the clouds, I was unable to see what was around me. There obviously were some pretty views. 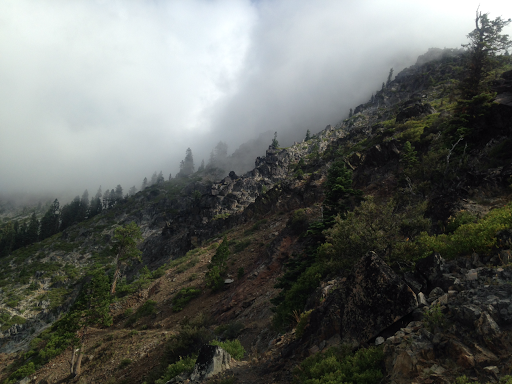 By afternoon, the skies started to clear. I got a good view of Marble Mountain. 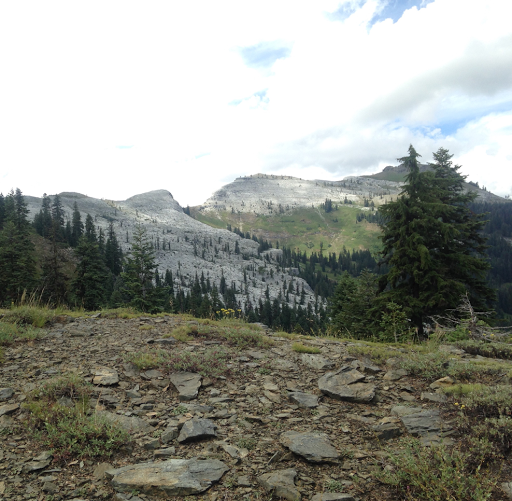 I decided to stop early, as my feet were complaining. One of the first things I do, after the tent is set up, is to fix dinner. Tonight I had loaded mashed potatoes with salami, bacon bits, Fritos and olive oil. My beverage was hot chocolate with marshmallows! 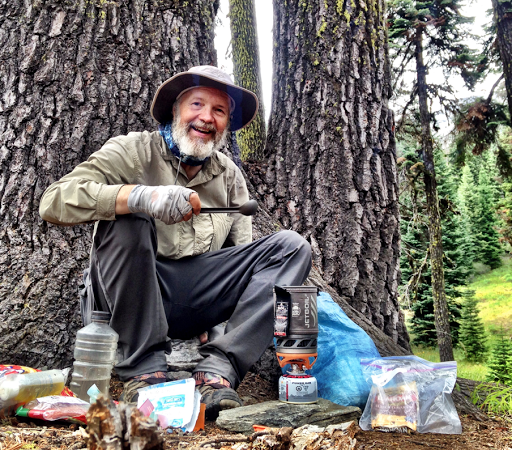