Day 40 - Highest Point on the Trail

I really wondered if I could do it. I've been struggling with the altitude even though I have been at nearly 10,000 feet for several days. And this morning I took to the trail and headed toward a wall of rock and snow. It was only five miles away. 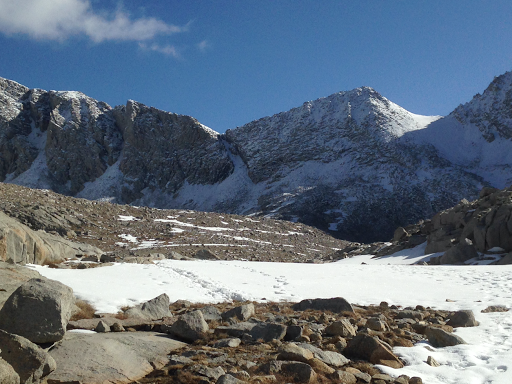 The trail passes over this wall of rock at a point called Forester Pass. It is at 13,200 feet high. As I got closer, I could see the notch in the rock that I would pass over. 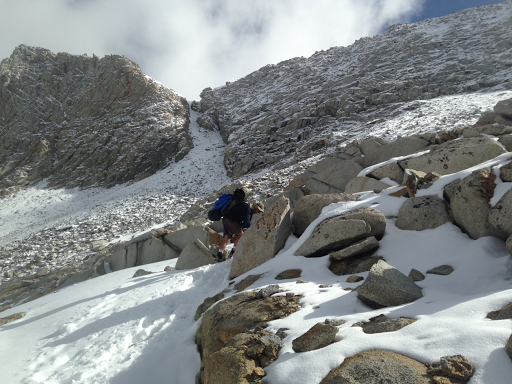 The trail switch backs up the side of the rock wall. Towards the top, a three foot wide path has been blasted from the rock. Of course this entire portion of the trail is completely covered with snow, and footing is difficult because there are semi-frozen footprints from those who have already gone up. I put on my micro-spikes to give me better traction.

I was really feeling the affects of the altitude. A couple of times I felt light headed. I went slowly and set a goal of walking up one switchback before stopping to catch my breath.

About half way up, I was amazed at the view to the south. 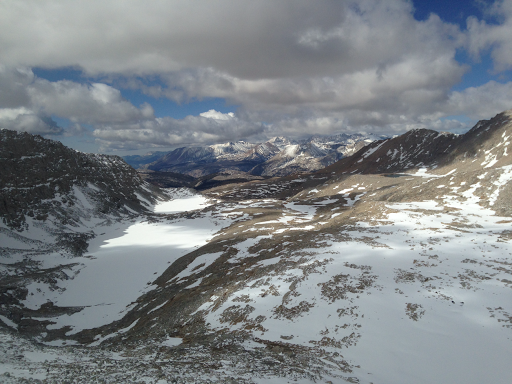 I finally neared the top and saw the snow chute below the pass. 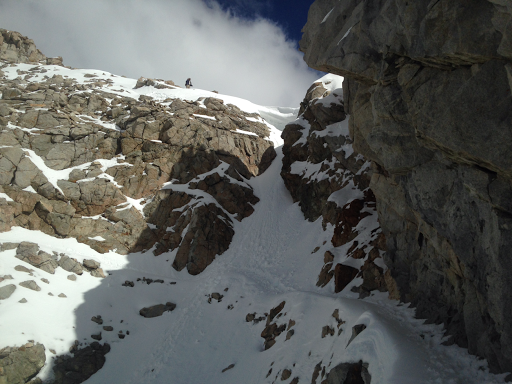 This is considered to be the most dangerous point because a slip here would send you down to the rocks below. Fortunately the snow was soft and there were deep footprints to follow. Here is Willy crossing the chute. 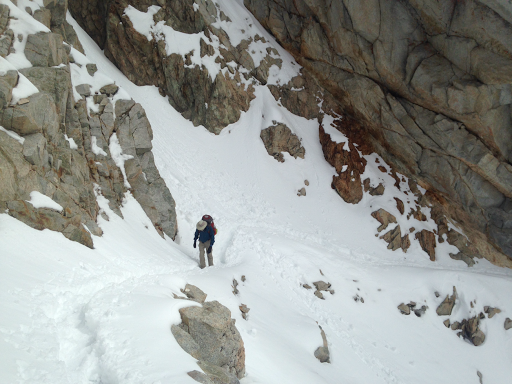 At the top there was a snow cornice so the trail scrabbled around it. By 10 AM, I was at the top! I was elated! 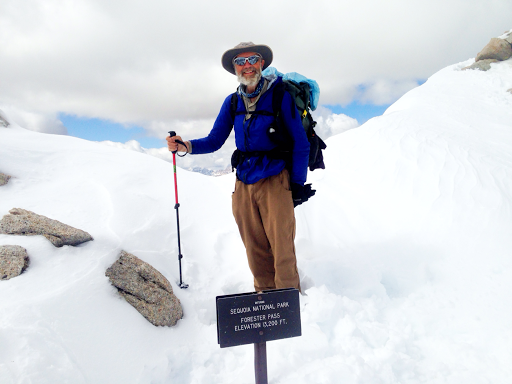 Moments later Willy and Carlos arrived. We all took time to marvel at the views. This is Carlos (standing) and Willy (sitting). 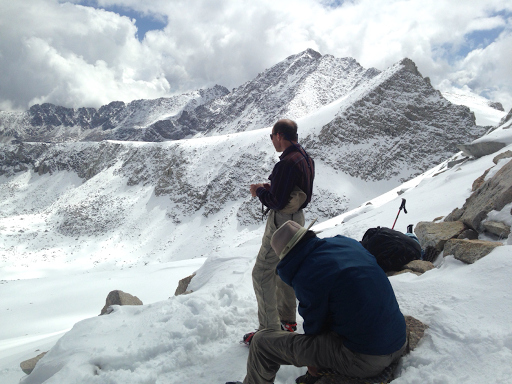 On the way down the trail was completely covered in snow. 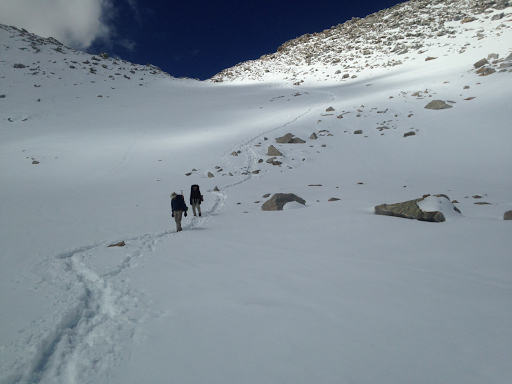 Even with micro-spikes it was slippery. I fell four times but did no damage. After dropping two thousand feet we were once again below the snow line and I was able to remove my micro-spikes.

The trail continued to descend for five more miles. There are rugged mountains on every side and beautiful streams cascading through the valley. I understand why this is one of the most beautiful places in the world.

We are going out to the town of Independence tomorrow. We have to take the Kearsarge Pass trail to the Onion Valley trail head where we hope to hitch a ride.