I survived the snow and wind storm. I was up several times during the night to tap the sides of the tent to knock the snow off. The tent stakes held through the night.

I waited to see how long the storm would last. By 7:45 I decided to pack up. Here is the view from my tent when I woke up. 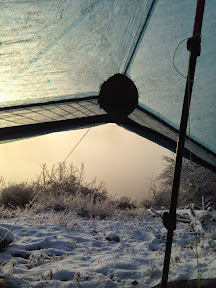 I headed up the trail. There were no other tracks on the trail except for those of a coyote and a small deer. The wind had died down and there was just low clouds.

Within a few miles I came to the part of the trail where there is a heavy infestation of poodle dog bush. There's an alternative which is a road walk. I chose the road which also had the advantage of no snow. Unfortunately I couldn't see much because of the clouds. 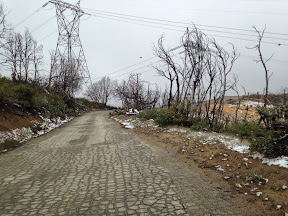 I soon came to a memorial for firefighters who lost their lives fighting the Station Fire in 2009. This fire burned for two months and was the largest wildfire in the history of Los Angeles County. 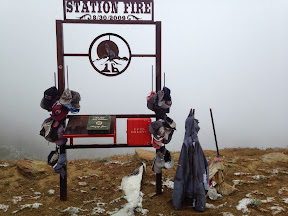 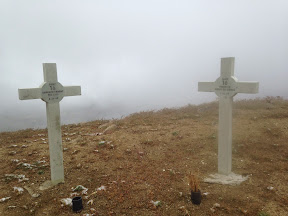 The road walk rejoined the PCT at Messenger Flats Campground. 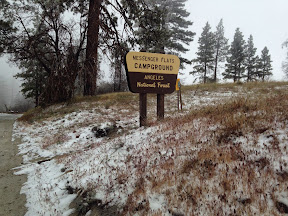 My goal today was to reach the KOA campground in Action. Along the way I caught up with Allison, a lady I met back in Idyllwild. 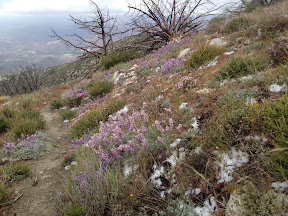 By 4PM I finally spotted the campground in the distance. 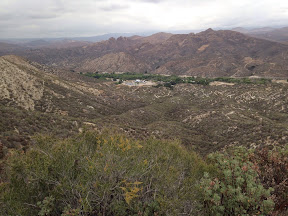 At the campground, I paid for a camping spot, a shower and a load of laundry. When I was setting up my tent, I turned around and was amazed to see No Trace and Unbreakable! Also camped nearby are Cool Breeze, Jillian, Katherine and the lady I met on the trail, Allison.

No Trace found a small backpack belt in the hiker-box and put it on my pack. The belt from ULA never arrived. The smaller belt WORKED! 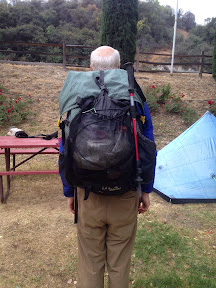 Tomorrow I stop in Aqua Dulce to resupply. I'm so happy to have No Trace and Unbreakable here again.