Mt Whitney will not be on my itinerary. I'm still feeling the affects of the higher elevation and several times today I felt a bit dizzy. In addition, I heard that yesterday's snowfall kept everyone from summiting the mountain. My body is telling me that I have reached its limits.

It snowed a little bit last night, but there was no accumulation. What was odd was that there was ice on both the inside and outside of my tent. I made a racket trying to brush it off. The poor lady camped nearby was probably wondering what this crazy PCT hiker was doing! I ended up bundling it up and strapping it to the top of my pack.

The day started off sunny. I walked through awesome forests of foxtail pines. I understand that this is one of the few places where they grow and that some live to be 2,000 years old. Some have died but are still standing. 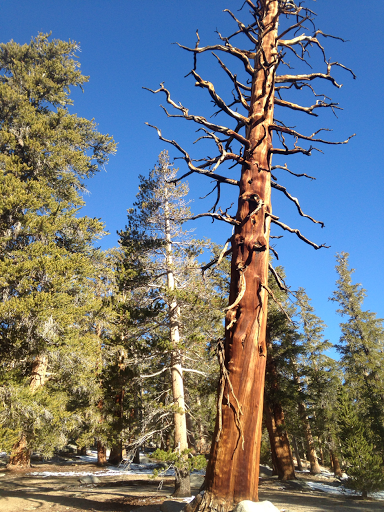 The needles on their branches look like a bottle brush. 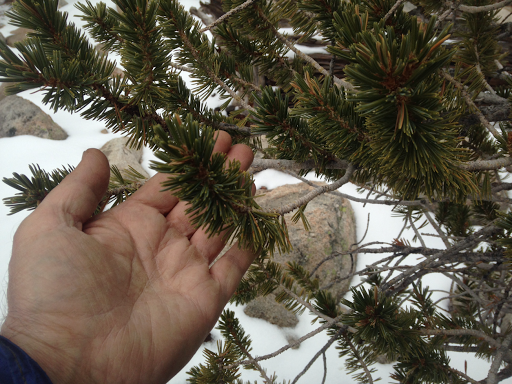 At 10 AM, I decided to stop and dry out my tent and sleeping bag. I noticed that the clouds were starting to gather again and I wanted dry gear for tonight.

When I headed up the trail again I was treated to this sight. 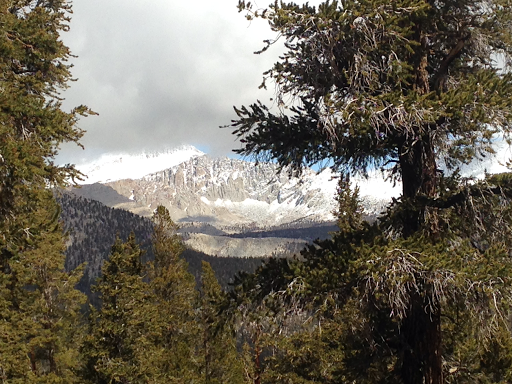 The high Sierras are getting closer!

Yesterday I mentioned that I needed some words of encouragement. The picture is difficult to see, but someone had written in the snow, "We're all going to make it this time." I cried. 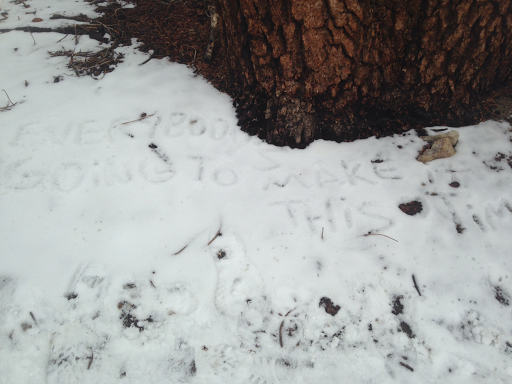 My plan today was to stop very early, perhaps at Chicken Spring Lake, just 10 miles down the trail. However, I arrived at noon and met several new people and was encouraged to continue. Zombie has a heavy pack and a very slow pace. I followed him for a while and fell better about the pace I have been keeping.

The views get better and better. 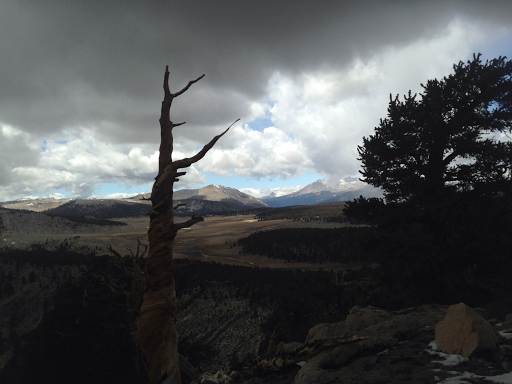