I couldn't believe it when I heard snow hitting my tent in the middle of the night. It covered the ground and I was thinking that it was a repeat of yesterday's storm. 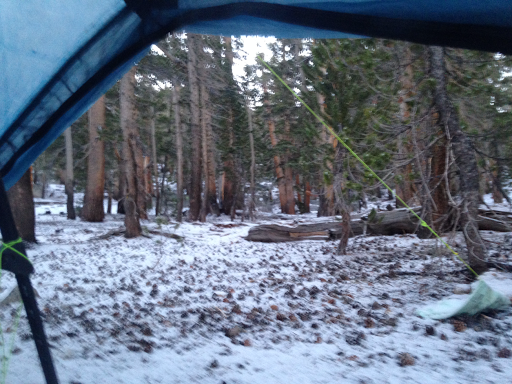 I did as much as I could in the tent before climbing out. To my surprise the skies were cloudless! 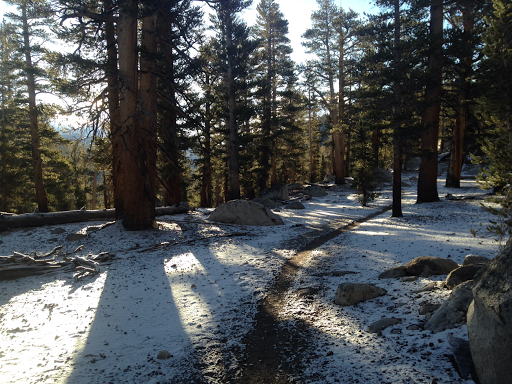 There were several creek crossings but I was able to hop on rocks to get across.

The views of the mountains on the way were spectacular. 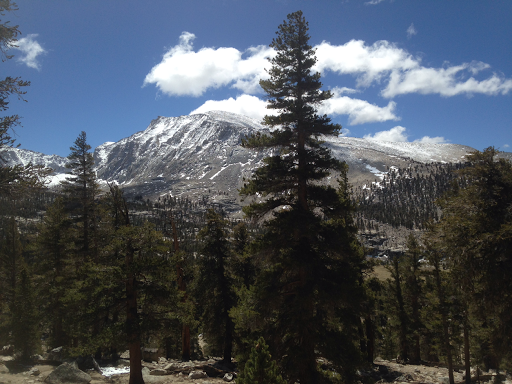 I know I made the right decision about Mt Whitney when I heard that many who tried to summit had to turn back due to snowfall and weather.

By 10:30 I caught up with Willy and his friend Carlos. I fixed my dinner and hiked much of the afternoon with them. We are headed to Forester Pass which is a little notch in the snowy peaks.