A cold beer and people clapping as I arrived. What could be better? That is what happened when Lucky and I arrived at the Kennedy Meadows general store. 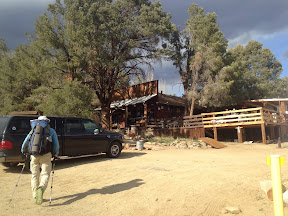 The day began at 5:15 as I started packing up. I noticed that my tent had frost on it! I was on the trail before 6 and was rewarded with a beautiful sunrise over the mountains. 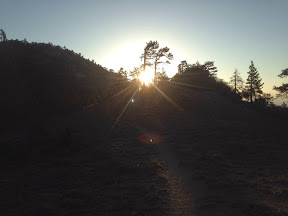 I felt anxious because I knew that there would be a strenuous climb to over 8,000 feet. That's a thousand feet higher than the typical climb. How would my legs respond? Would I be able to keep a reasonable pace?

At first the trail was easy as it followed the contour of the hills. I noticed what looked like a small skunk sleeping on the trail. 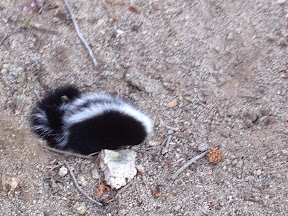 I was afraid to poke it for fear that it would wake up and spray me! What I found out later is that this was a baby skunk that didn't even have his eyes open yet. He had somehow fallen from his nest. Some other hikers found his nest and returned him to it.

By 9:30 I started up the big climb. My original plan was to stop at Fox Mill Spring to have lunch and get more water. However, it was 11:30 and I realized that I could go to the next water source because I had used very little water. Also, I wasn't really hungry for lunch yet. 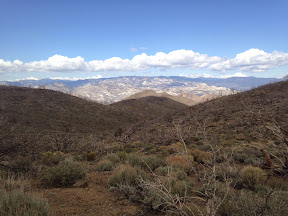 The Sierras stretched out before me! Now THAT put some power into my legs!

The trail then dropped down 2,000 feet to the Kern River. I was amazed at how dry and desert-like the mountains were. Also there had been a wildfire some time ago so all of the larger trees were simply skeletons. You might think going downhill would be easy, but I is almost as hard as going up because it works different muscles and you are slowing the weight of a heavy pack. It also can easily lead to twisted ankles or tripping if you take a bad step.

When I reached the bottom, I ran into Lucky, a guy I had met yesterday at Joshua Tree springs. We hiked together as we followed the river towards Kennedy Meadows. The river was a welcome change from the parched land that I have been hiking through. 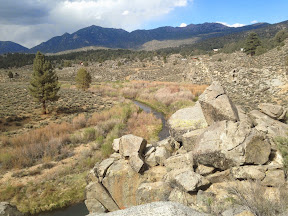 By 5 PM we arrived at the Kennedy Meadows general store. Lucky bought a six pack of beer and shared with me. We both got our boxes and then headed behind the store to camp.

Oh, did you notice? 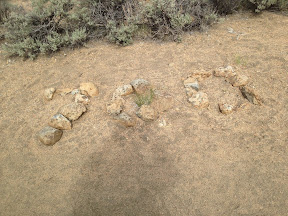 I passed 700 miles since I started this adventure!
Posted by Bob at 8:12 PM