Today's hiking consisted of a series of 1,200 foot ascents and descents. Willy and I were on the trail before 6. The trail climbed up and passed the west side of the Squaw Valley ski area, which was the site of the 1960 Winter Olympics.

The trail then descended. We had an early morning view of the ridge we would be climbing. The trail eventually passed just 300 feet below Tinker Knob, the left-most flattish topped rock outcropping in the picture. 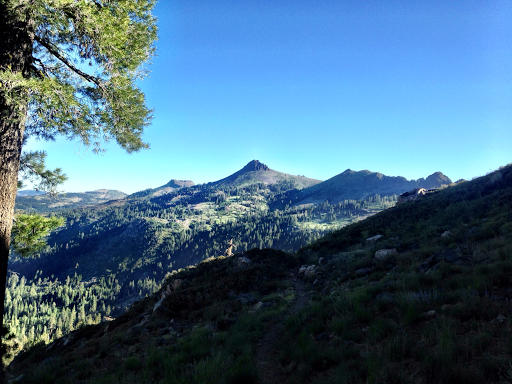 We passed by several lava rock formations like this one. 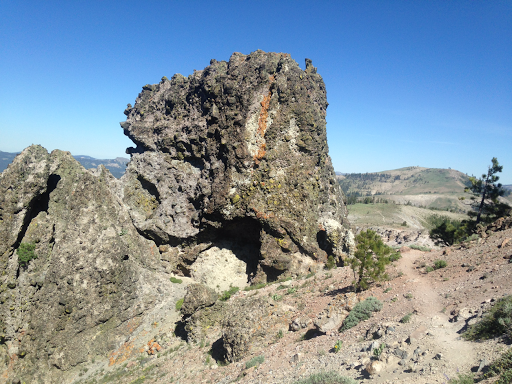 Around noon we arrived at the Sugar Bowl ski area. Willy was out of water, so he asked a man of there was somewhere to buy a drink. The guy drove us to the town of Soda Springs and returned us to the trail! Wow, more unexpected kindness! When we were dropped off, "Whiskers" and "Half-slow" were taking a break. Willy shared some of his chips with them. 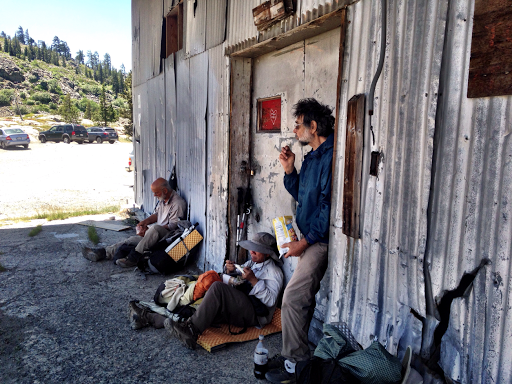 After crossing highway 40, it was 3 miles until we reached interstate highway 80. The trail passed under the freeway through several tunnels. 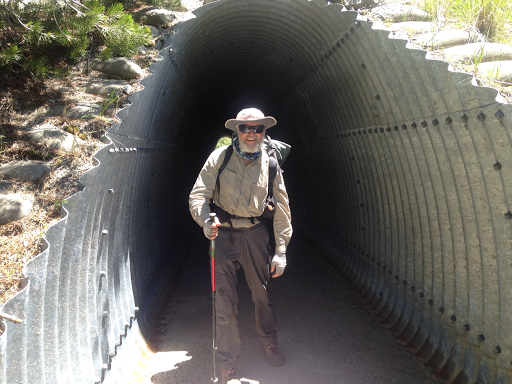 By 4 PM, I was really tired. I seem to be the weak link with my low energy and reduced stamina. I suggested that we camp near the Peter Grubb hut. The hut is owned by the Sierra Club and can be used for shelter. 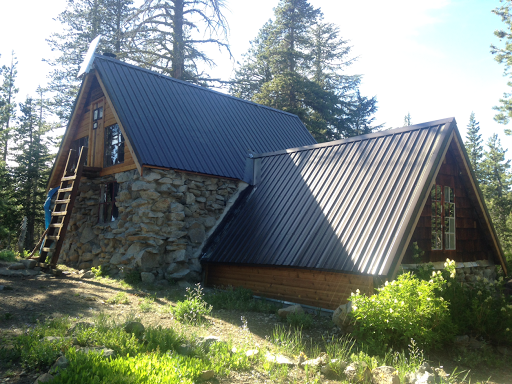 We camped nearby. Here is my campsite. 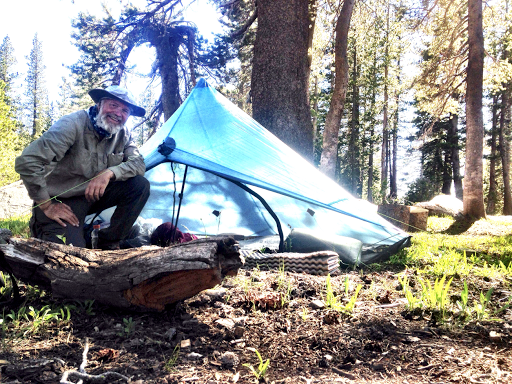 I even have a pink flamingo watching over me! 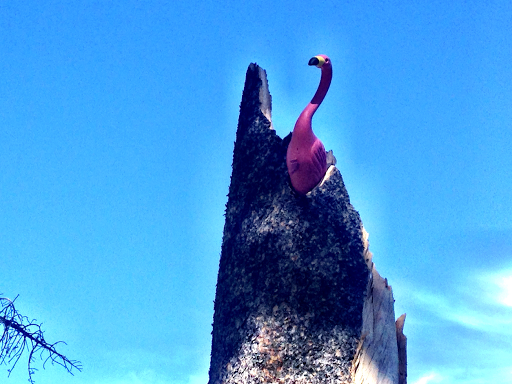