I was worried that Willy would wake up this morning to a lot of pain from his fall on the rocks. To my amazement, he said he felt much better.

We were packed up and on the trail by 6:15. This greeted us as we walked towards Pinchot Pass. 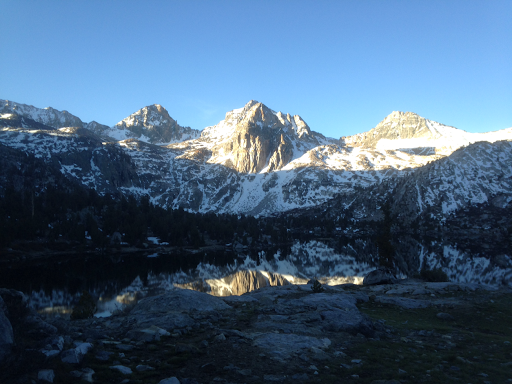 Since we had camped at Rae Lake, we dropped down for six miles to the Woods Creek bridge. The bridge is a suspension bridge. One person at a time can cross. It takes a bit of practice to walk across and keep it from swaying. 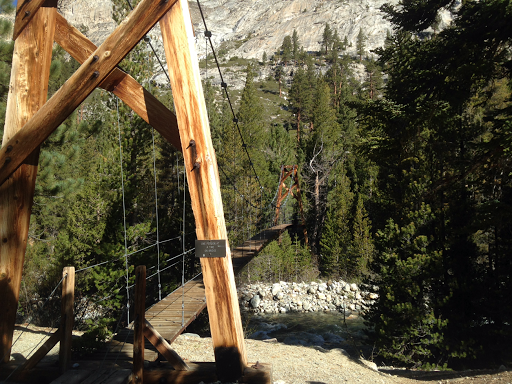 From the Woods Creek bridge, the trail ascends for almost eight miles to reach Pinchot Pass. The elevation gain is over 4,000 feet. I knew I would go slowly, so I headed up and told Willy that he would probably catch up to me in a short time.

There were many streams that crossed the trail, but I did have to wade across the White Fork creek. It was the first one that I had to wade.

The trail followed Woods Creek as it cascaded down the valley. In one area the creek flows over a long stretch of smooth rock. It is called the "water slide". 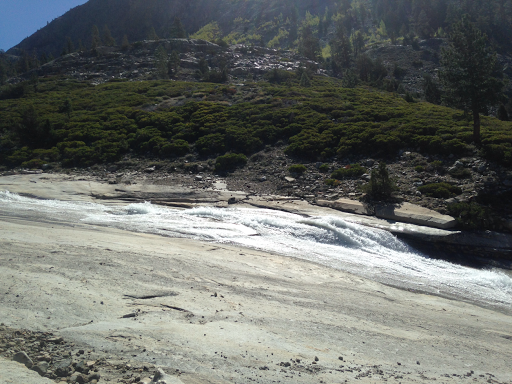 At one point the creek dropped in a magnificent waterfall. 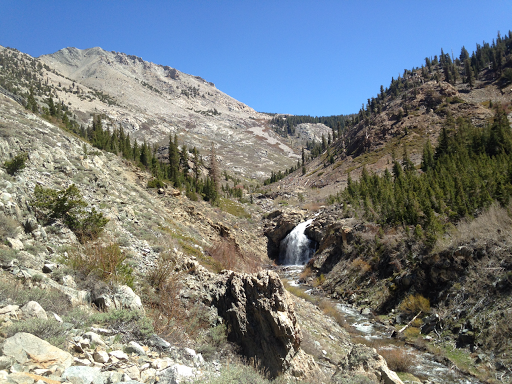 As the trail rose above tree line, the views of the mountains were amazing. 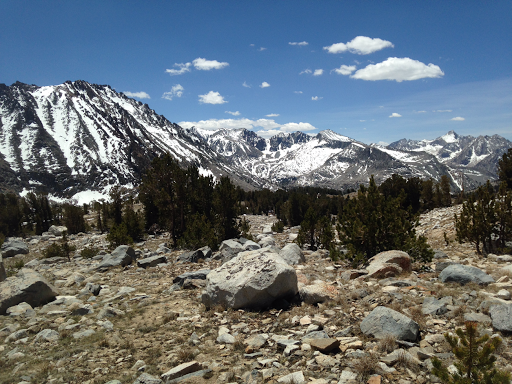 One of the difficulties at this time of year is that there are many patches of snow which conceal the trail. Usually there are footprints across the snow, but the problem is that the snow has been melting. Sometimes when you follow the footprints, your leg sinks deeply into the snow. It makes for very slow progress.

By 2:30 I finally made it to the top. My legs felt like spaghetti and it was difficult to catch my breath. The view from the top was incredible. 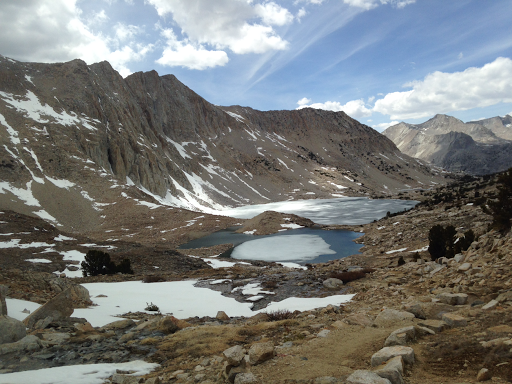 I didn't know if Wily was behind or ahead of me, so I started down. The problem with crossing snowfields late in the day is post holing. I post holed about eight times. Twice my foot was so deep I couldn't pull it out!  I had to dig it out with my trekking pole. It took me an hour to get below the snowfields.

There wasn't much opportunity for camping until the South Fork of the Kings River, about 2.5 miles down the trail. Just as I was selecting a campsite, I spotted Willy coming down the trail. He had been a half hour behind me all day. He was feeling pretty good. I am so relieved!

We are camped right next to the river. We will have to wade across this river tomorrow morning.