Today is a "town day". In addition, I get to spend it with my wife!  What could be better?

Last night there was a little bit of rain. It was more of a shower, but it did wet down the bushes along the trail. I arose at first light and was hiking by 5:45. I had a little over ten miles to hike to get to the highway to the town of Trout Lake. The bushes were more than happy to deposit their moisture on my pants and shoes.

I originally estimated that I would arrive at the road at 9:30 or 10, but realized that I would be there at 9. My wife drove to Trout Lake last night and was there to pick me up at the trail head! 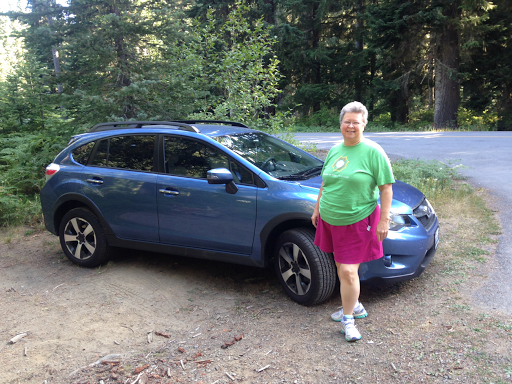 On the way up, she was a "trail angel" for two south-bound hikers by giving them a ride from town to the trail head! I met them on the trail as I was coming close to the road. They were very appreciative of getting a ride.

My wife and I stopped at the cafe in Trout Lake and enjoyed a good breakfast. I found out that my wife ended up sleeping in the car last night because there were no motel rooms available in town. I think I had better sleeping arrangements than she did!

We got a room at the Trout Lake Inn. I did my laundry, showered, and did my shopping at the local grocery store. I signed the PCT register at the store. 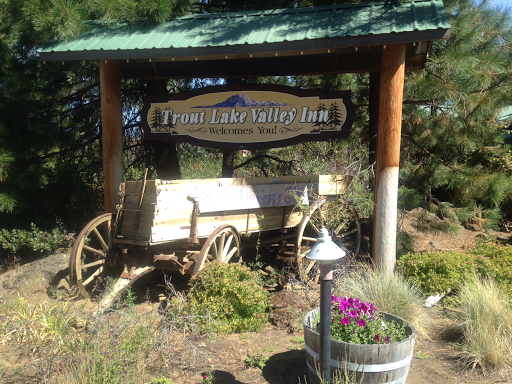 We had lunch at the cafe again. The Mount Adams burger was delicious. It was followed by huckleberry pie and ice cream! This is what heaven must be like!

We then decided to drive up to the trail head to see if there were any hikers needing a ride to town. On the way there was an overlook where we could see Mount Adams. The clouds covered the top since there are showers in the forecast. 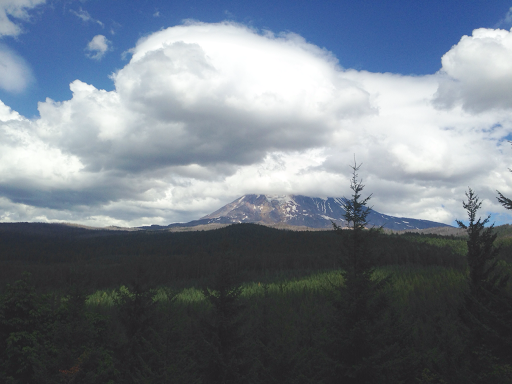 When we got to the trail, no one was waiting, so we picked some blueberries. Just then two through-hikers showed up and we gave them a ride to the grocery store. I'll bet they were surprised! 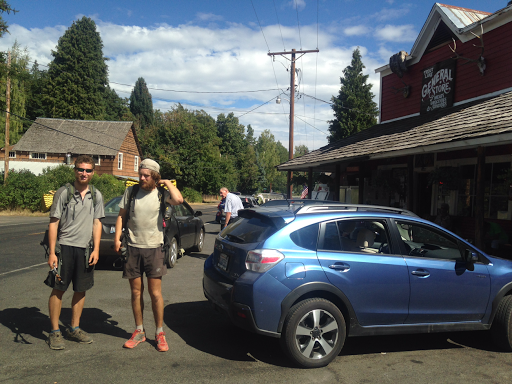 I enjoyed an amazing evening with my wife and (of course) had dinner at the cafe!

I hope to return to the trail early tomorrow morning. This has been one of the best resupply stops ever!
Posted by Bob at 7:57 PM