Last night it was cold. Fortunately there was no wind. My water bottle didn't freeze, but I am sure it was near freezing.

The moonlight last night was amazing. I could have hiked by the light of the moon.

I was on the trail by 5:45. It was the perfect trail for high miles. By that I mean it was mostly flat or down hill.

This area has quite a number of Western Junipers. Their bark is very unusual. 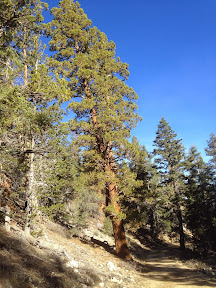 At about 10 AM I passed the Predators in Action cages containing grizzly bears, lions, wolves, and other large predators. The company raises and trains the exotic animals to perform on film and television. I thought it was rather sad to see them caged like that. 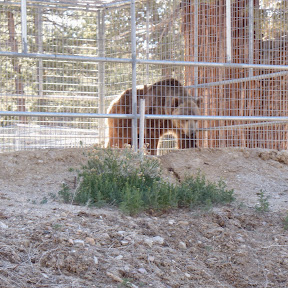 Also, I realized that I had covered 11 miles already, and it might be possible to make it to Big Bear today, rather than tomorrow.

At one trail junction I saw a sign inviting hikers to a trail angel's house called "Mama and Papa Smirfs". 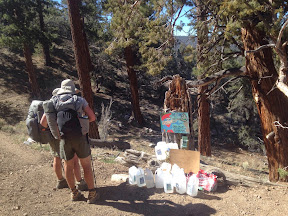 By noon I could see ahead to Big Bear, and knew it would be possible to get there today. 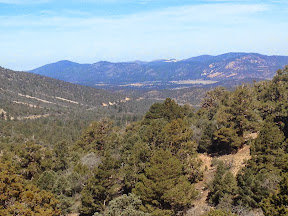 A short time later, I came down the trail and found "Rasputin"! He was the friend who invited me for beers in Idyllwild. I thought he was several days ahead, but had stayed in town a couple of days. I invited him to come to Big Bear, but he didn't need to resupply.

They offered me a shower, laundry, a great place to sleep in a huge outside tent, and are going to feed me dinner and breakfast.

It is so nice to be clean wearing clean clothes. This is what it looks like from where I am sleeping: 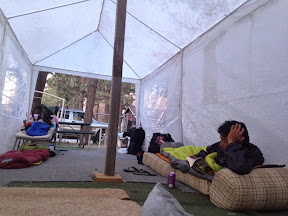 Tomorrow they offered to take me into town to do my resupply shopping.